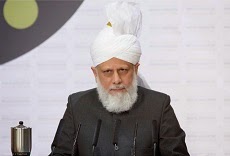 Addressing the AMMA Annual Conference, held at the Baitul Futuh Mosque in London, Hazrat Mirza Masroor Ahmad spoke of the great importance of serving humanity and said that doctors were “truly fortunate” because their profession enabled them to serve others.

Regarding the establishment of a new fund, Hazrat Mirza Masroor Ahmad said:

“I would like the Ahmadiyya Muslim Medical Association to establish a fund that will be used to provide essential scientific equipment to hospitals in the developing world. This fund can be used to assist hospitals in Africa that have been built under the Majlis Nusrat Jahan scheme or other appropriate hospitals.”

In his address, Hazrat Mirza Masroor Ahmad also underscored the importance of the medical profession according to the teachings of Islam.

The fact that medicine is an extremely important and distinguished profession is proved by the fact that Holy Prophet Muhammadsa said that there were two types of knowledge to be valued and which people should seek to attain. One was knowledge of religion and the other was knowledge of the human body - or in other words ‘medical science’.”

“The Promised Messiahas repeatedly spoke about the importance of serving others with love and kindness - to the extent that he said that his followers should consider the pain and suffering of other people as though it was their own pain and suffering and should pray for them.”

Earlier, the President of the AMMA, Dr Muzaffar Ahmad, delivered a report on the Association’s annual activities. He said that the Annual Conference had been officially recognised by the Royal College. He also said the AMMA hoped to build a flagship world-class hospital in the Ivory Coast.

In the past year AMMA have sent doctors on missions to Pakistan and Africa to train local staff, to set up medical camps and it has continued to support the activities of the charity Humanity First. Meanwhile in the UK, medical trainees and students have been provided work experience, whilst students have received first-aid training.