The Promised Messiah from Qadian, India

The Ahmadiyya Community was founded in 1889 by Hadrat Mirza Ghulam Ahmad, (on whom be peace) of Qadian. The Community has been continuously progressing since that time and at present the members of the Community are found in 178 countries of the world.

He was the Messiah, the Mahdi and the Reformer for the later days whose advent has been foretold by the Holy Prophet Muhammad, on whom be peace and blessings of Allah, and earlier Prophets. The objective of his advent was to reform the Muslim Ummah, to establish the supremacy of Islam over other religions and to spread the message of Islam all over the world. He wrote a large number of books in his life-time in which the aims and objectives of his mission are embodied in detail.

His Holiness Mirza Ghulam Ahmad of Qadian, India. Founder of Head of the Ahmadiyya Movement Worldwide

Despite severe opposition from followers of all major religions of the world, the Community has been progressing by the grace of Allah. He wrote down his last will in December, 1905 which is known as "Al-Wasiyyat". In this will he categorically stated that after his death the Institution of Khilafat will come into being and lead the Jama'at and work for the achievement of the aims and objectives of his mission. He emphasized that he wanted to create such followers who in word and deed have really dedicated themselves to His cause and in whose affairs there is no taint of the love of this world and who, after him under the guidance of his successors (Khalifas), will spread the message of Islam to all parts of the world.

After the Promised Messiah's demise, in 1908, and in accordance with the message contained in his will, his followers unanimously elected Hadrat Maulvi Nuruddin as his first successor and declared that they owed allegiance to him in letter and spirit as they accepted the authority of the Promised Messiah (Peace be upon Him). Thus the institution of Khilafat was established immediately after the death of a successor. The title of such successors is 'Khalifatul Masih'. The pattern of this system of Khilafat is the same as predicted by the Holy Prophet (peace and blessings of Allah be upon him), in his saying:

"There will then emerge Khilafat on the precepts of Prophethood". 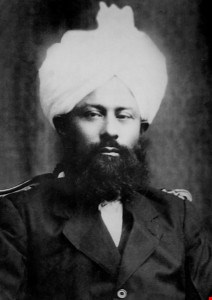 On 22nd April, 2003 at 11:40pm London Time , Sahibzada Mirza Masroor Ahmad Sahib’s was elected as Khalifatul Masih V (Fifth Successor to the Promised Messiah). Based in London, he is the current head of the Ahmadiyya muslim movement worldwide. Ahmadiyya Muslim Jamaat, New Zealand is the New Zealand chapter of this rapidly progressing international Islamic movement. (More about him)